by Georg Wissel and Joker Nies 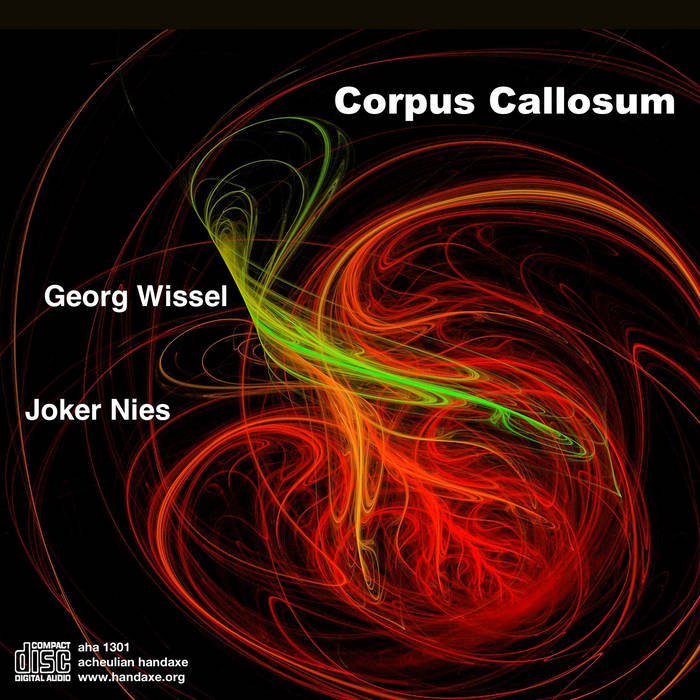 The interactive and diffusing genesis of sound is one of WISSEL & NIES' trademarks. But even more than this, the ability of changing roles by adopting different attitudes in their playing is very special and characteristic for the collaboration of the two musicians. Due to a kind of invisible corpus callosum both, Wissel and Nies, are capable of producing sounds referring to pure frequency and sound structures, as well as to a communicative and narrative approach, including bizarre melodies. Clichés relating on the 'emotional' or 'technical' character of their instruments are obsolete.

Georg Wissel, Improviser, Composer, Sculptor of compressed air Inspired by his collaboration with electronic musicians, he began also (beside working on instrumental playing-technics) searching for new sounds by preparations, which by the time has become an integral part of his playing. He is working solo, or in ensembles/projects along with exponents in Improvised music like Liz Allbee, Paul Lytton, Malcolm Goldstein, Gunda Gottschalk, Matthew Goodheart, Lou Grassi, Carl Ludwig Hübsch, Erhart Hirt, Tim Perkis, Melvyn Poore..., performing on festivals in Europe and Overseas. Furthermore, like as a negative/counterpart to improvisation, he concernes himself in composition, whereas dealing with the subject of geography and geometry is an important point of his interest. www.soundcloud.com/georg-wissel

Joker Nies, musician, sound-designer, recording-engineer, and technical editor for the magazines Sound & Recording, Keyboards and Electronic Musician. Modifying the Omnichord became his initiation to what is known as the art of circuit-bending. Since that time a steadily growing number of devices has been converted from simple toys into alien sound devices. Joker Nies performed on festivals all over Europe, USA, Afrika and Mexico, with artists like John Butcher, Günther Christmann, Thomas Lehn, Alan Silva, Dave Tucker, Anna Homler, Hans Tammen, Mario de Vega, Gino Robair and many others.
www.klangbureau.de