Get fresh music recommendations delivered to your inbox every Friday.

by Axel Dörner and Erhard Hirt 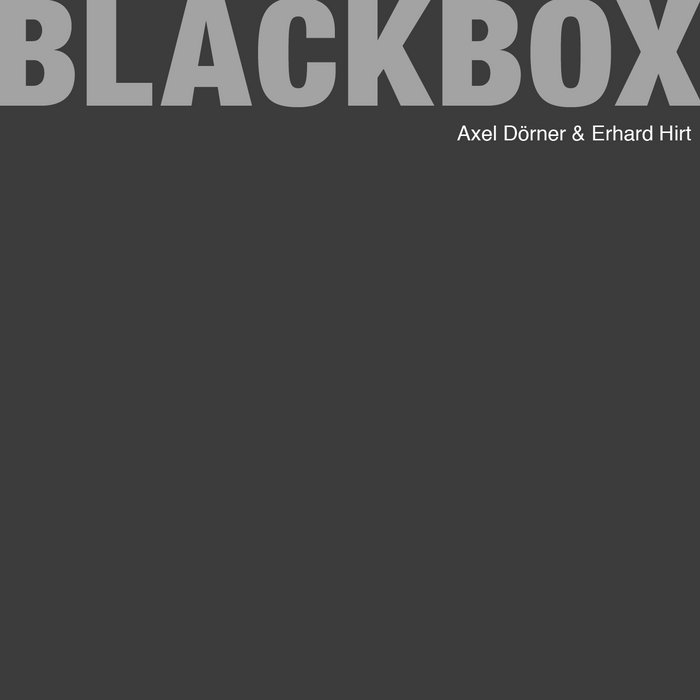 Axel Dörner and Erhard Hirt met first at a network radio concept, curated by Jens Brand for WDR puclic radio Cologne in September 2006. A special music project during the Münster Sculptur-Projects 2007 gave the chance for the duo concert you can hear on this CD. Both musicians created a unique musical language far beyond the tradition of their instruments using extended playing techniques and electronics treatments.

Born in Cologne,1964 Axel Dörner studied piano at conservatory in Arnheim and trumpet at the Musikhochschule, Cologne. Moved to Berlin in 1994. He has worked with numerous internationally respected figures in the fields of Improvised Music, New Music and Jazz. Beside his Jazz playing he has developed a unique style of trumpet playing based in part on unusual, often self-invented techniques. He has toured in Europe, USA, Australia, Japan and appeared on numerous CD and record releases.

Wow! An excellent session of radical improvisation featuring Axel Dörner, the most extreme trumpeter I know (his microsonic techniques are unparalled) and guitarist Erhard Hirt who relies a lot on electronics and/or preparations (I’m not sure). Black Box consists in two 20-minute improvisation, both dynamically rich but a little Spartan in the delivery. Engaging, confusing, perplexing, but sure-footed and the result of a clearly-defined artistic process. Great abstract art.

One of the fascinating vagaries within minimalist improvisation is how often the line is blurred between electro and acoustic. Through sampling and processing, and through the modification of instruments and playing techniques, new worlds between (or within) what we have come to think of as instrumental voices often emerge. Axel Dörner is truly multi-lingual on the trumpet, and is more than fluent in musical abstraction. He is equally adept at jazz improvisation (having worked with George Lewis and Butch Morris), Euro improv (Alexander von Schlippenbach, Barry Guy) and sound art (Keith Rowe, Andrea Neumann).

He is joined on this session by electric guitarist Erhard Hirt, with whom he played in the King Ubu Orchestra. Hirt's varied career also includes work with Phil Minton, Lol Coxhill, John Butcher and many others. Over the course of 42 minutes, the pair creates varied and richly textured settings, sometimes nearing silence but more often shifting and layering structures of sound; sometimes sounding fully computer-generated, other times more like an aeolian harp and a pump organ left outside in a windstorm. What might be most unusual here, given the field of electro-acoustic improvisation, is how quickly and how often they change course. The two tracks could just as easily have been edited into eight "songs," which of course would serve no purpose other than masking how quickly they think on their feet.

Two extensive tracks recorded in 2007, using heavily manipulated/altered trumpet and guitar. An intelligent proposal in which the balance between real and modified timbres is practically perfect, also thanks to quieter segments - infrequently appearing amidst ceaseless ingenious spurts - that help the psyche to agree to the most alien sounds even better. The general mood is one of rather polite edginess, dictated by the almost total absence of familiarity in relation to the instrumentation’s concrete appearance. Dörner privileges subdued rumble, controlled power and a smart management of hiss-and-puff traits permeated of oral humidity; Hirt is into the utter modification of the axe’s tone, generating strangely resounding walls of harmonically transgendered chordal abortions, placing his statements in the right spots with incredible perspicacity. Yet he’s not opposing the use of the strings as a percussive device, halfway through a small bell and an African instrument. The resulting music is pleasingly polluting and gently upsetting: subliminal at times, straight to the point elsewhere, but still difficult to appraise unless you really concentrate on it. Overall, a stimulating release.

...Dörner and Hirt improvise in such a way as to mask the majority of the properties identified with theirs. At points during the two either-side-of-20-minute tracks which make up Black Box, linking a specific tone to a particular instrument – or even any instrument at all – appears impossible. Rumbling and granulized pitches created by the guitarist are often adumbrated or succeeded by passages from the trumpeter which are as likely to consist of pursed lip actions and unaccented buzzes as Harmon-muted wisps or plunger growls.

Sounding as if signal-processed oscillation are as much part of his guitar strategy as vibrating strings with an e-bow or hand-tapping them, Hirt produces an undercurrent of crackling and grinding flanges plus static whistles which seem to pulse underneath the duo, even as he’s soloing. With the undercurrent encompassing textures ranging from ring modulator-like clangs to throbbing asides that could have leeched in from a 1950s Sci-Fi soundtrack, there’s still room for Dörner’s inflated grace notes, blurry tone expelling, air pops and capillary buzzes. And while he can distort a chord as well as anyone, Hirt’s output also includes dainty harpsichord-like patterning and barely-there strums.