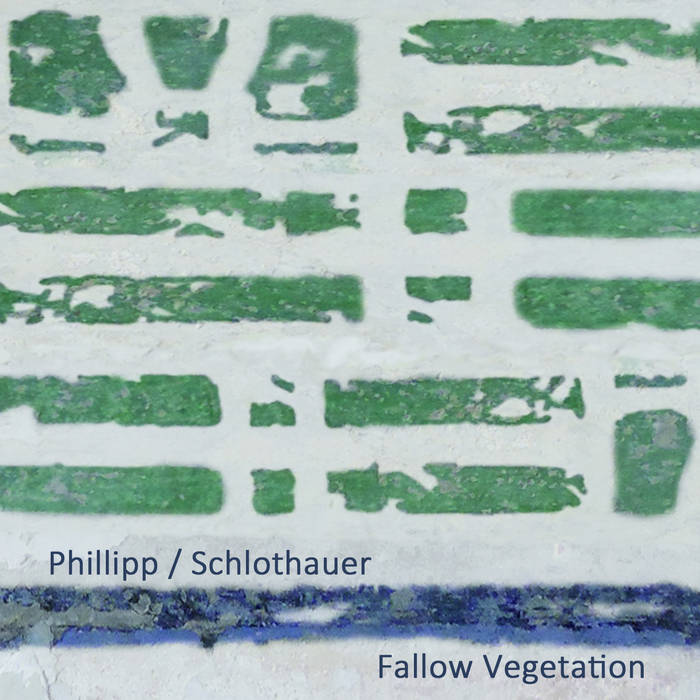 Complex and at the same time transparent noise structures, flowing and abstractly rhythmic, long tender and lonely sounds - sparse landscapes. The music of the CD is „post“ in many respects - whether post-rock, post-jazz or post-New Music remains open. A touch of Miles Davis, a spark of Krautrock or Jimi Hendrix, a drop of electronic European art music.

Phillipp brings his laptop with a complex self-constructed Max/MSP-patch, Schlothauer his 5-String electric violin, effect board and loop-station. No sequence is prepared, everything is built spontaneously in the moment of playing.The space is void in the beginning. Sounds appear and are fed into the machines to take a longer or shorter journey of processing.The music on this cd is partly dense. Some parts seem to root more in rock music than in "classical" electronic music. Others feature scratches and colored noises from extended playing techniques of Improvised and New Music. "Ordinary tones” are rare. Rather than a clear beat a slow subcutaneous pulse is felt at times. In a formal sense there are spontaneous changes marking clear distinguishable parts.

Phillipp and Schlothauer have known each other for twenty years playing together in the string section of the experimental music ensemble “Zeitkratzer”.

Phillipp, doublebass player and sound artist is co-founder and organizer of the Wiesbaden musicians´ collective kooperative new jazz. His musical work is documented on a large number of CDs.
www.artist-wiesbaden.de/Musiker/Phillipp/phillipp.html