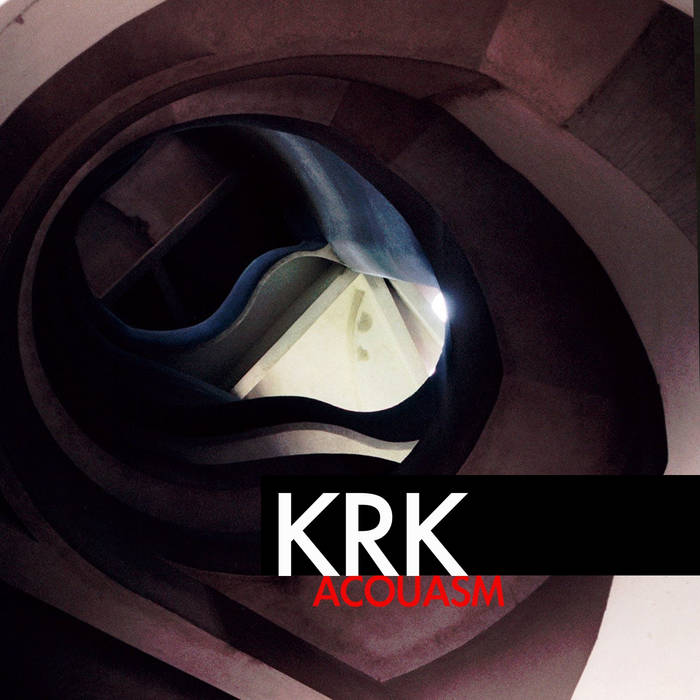 
Drawing on their more than 40 years of combined experience working in a variety of genres with such artists as Evan Parker, John Zorn, and Nicolas Collins, KRK is a new collaborative project which aims to synthesize and interpret the neo-postmodern musical landscape. Ghosts of reductionism, noise music, free jazz, and the classical tradition all may or may not appear in any given performance. To date, KRK has performed in Austria, Slovenia, Czech Republic, Switzerland, Netherlands, France, Spain, Portugal and the US.

A New York City native, Matthew Ostrowski has been working with electronics since the early 1980s, working in improvised music, music theater, and audio installations, with a continuing interest in density of microevents, rapid change, and using technology to stretch the bounds of perception and experience. He has also worked extensively as an an improvisor, having played with such luminaries as Anthony Coleman, Andrea Parkins, Nicolas Collins, John Butcher, o.blaat, Paul Loewens, Ikue Mori, Anne Wellmer, David Linton, Charles Cohen, Alfred Zimmerlin, and a host of others. His work appears on over a dozen recordings.

His work has been seen on four continents, including the Wien Modern Festival, the Kraków Audio Art Festival, Sonic Acts in Amsterdam, PS 1 and The Kitchen in New York , the Melbourne Festival, and Unyazi, the first festival of electronic music on the African continent. He has received a NYFA Fellowship for Computer Arts, awards from the Media Alliance, Arts International, and many others, and was a nominee for the prestigious Alpert Award in 2006.

Very nice to hear from 1980s veteran American avantster Matthew Ostrowski – it seems like years since I dug his rib-tickling Vertebra record for Pogus Productions. Well, here he be as one half of KRK rattling out some lively digital electronics on Acouasm (ACHEULIAN HANDAXE AHA 0802) alongside his partner George Cremaschi, who wields a huge contrabass plus further live analogue electronic effects for additional perplexment. This record’s possessed of the same sort of unpredictable crackle and lick we’ve been hearing from some of Alvin Curran’s recent crazed cut-up experiments, with the additional bonus of being performed in real time by two very quick-thinking and hipster geniuses. Cremaschi’s quicksilver work on the double bass throws in a connection to the history of free jazz in NYC, but at that point the analogy breaks down. This is another chapter in the international ongoing task to open up undiscovered spaces in the electro-acoustic performance realms, and a great success too. Published on a tiny label owned by an experimental guitarist Hans Tammen, this is well worth clicking on your PayPal button if only just to check out what a track named ‘Humenscrump’, ‘Snirtle’ or ‘Tubicination’ is going to sound like pouring from your hi-fi.

This impro duo is based on the quite common line-up of a "normal instrument" player (George Cremaschi on contrabass and analog electronics) and a laptop musician (Matthew Ostrowski) but considering the fact they both are in for the use of electronics and for radical improvisation, you can bet we're not in front of a soft wishy-washy work a la Alva Noto and Sakamoto. There's an intense use of high pitched frequencies while in most of the cases it's really hard to recognize the original sound of the contrabass, despite its radical impro-nature in most of the tracks they have an organic evolution which means you'll hardly hear sudden stops or those fragmented impro structures come out from free-jazz. Sometimes they're concentrated on a dialogue (Mateotechny), sometimes they melt together to create a whole range of sounds and frequencies, above all when they immerse heavily into electronic music like in Humpenscrump. Despite the contrabass grooves in most of the songs they sound really abstract and far from melody, at the same time abstraction don't force them to be too cold, infact they're both able to build up tension here and there and they also create a hell of an atmosphere. An intense cd with some interesting episodes, even if not all of the tracks are able to maintain the same pathos, by the way consider we're always talking about first class improvisers.

A short recod (half an hour) but a strong record of electroacoustic improvisation, featuring George Cremaschi’s doublebass (also using analog electronics) being digitally manipulated by Matthew Ostrowski. Deep but frenetic music that makes me think of the stype developed by the duo Furt. There’s finesse, but no near-silent contemplation of what could be done. These two go straight to the heart of the matter.

Behind KRK we find Matthew Ostrowski and George Cremaschi, both from New York and both part of the lively improvisation scene. Cremaschi is perhaps the lesser known of the two. He plays contrabass and analog electronics here, whereas Ostrowski plays digital electronics and controllers. I am not sure if Ostrowski picks up the sounds produced by Cremaschi to chance them through the use of computerized techniques. Eight pieces here of pretty wild playing. From on end this is the true world of improvisation, with its free play, rapid changes and everything you shouldn’t do to an instrument (not as told by your teacher), but this goes mainly for the contrabass. Whatever else going on is what makes this more interesting, well, at least for me. This is the electronic component of the music. Things buzz, cracks, glitch, peep and hum. Like all good things microsound meeting improvisation in the world of musique concrete. Its again very lively, energetic, short and to the point. This release last about thirty-one minutes and that seems to me the right length for such vivid music, leaving the listener quite breathless afterwards. Things work best when the two ends, analogue improvisation and computer technique, meet up in the middle. Electronic jazz like in ‘Mateotechny’, but also nicely drone like in ‘Psithurism’. A release full of surprises. (FdW) Vital Weekly 684.

Completely abstract but dramatic and non-formulaic digital and analog electronics, Ostrowski on "controllers", Cremaschi playing bass, not that you can tell by casual listening what instruments make these sounds. Vivid post-industrial and probably post-apocalyptic events -- few patterns, little (obvious) formal logic but continuously inventive sonic manipulations and/or developments that seldom flag or languish. Recorded at NYC's innovative Harvestworks studio/education center. Good stuff, guys, boundary-breaking for them that likes it itchy.